Nestled in the heart of Glengarry, their father Maurice Desautels bought a poultry farm in Green Valley, Ontario, in 1975. With a chicken quota in hand, their family started raising and selling chickens to processors in the Province of Quebec, to the tune of 125,000 chickens per year.

In 1995, twenty years later, a chicken price war started between the Province of Ontario and Quebec. Wholesale costs for raising chickens were artificially depressed as the market was demanding lower prices. Their family had a few decisions to make if the business was to be sustainable. Thus Aliments Desautels Foods opened a meat processing plant on the farm. Their family started off with processing our chickens and selling them to distributors in Ottawa. With only one delivery truck, they focused on developing the meat processing side of the business. The type of meat their family processed using traditional butchering methods helped expand the overall territory, as specialty cuts and low minimum orders set their team apart.

In 2001, our family identified other areas of growth, and so we Federally Incorporated the business and became Aliments Desautels Foods Inc. Due to the proximity to the Province of Quebec; we had to be a federally inspected meat plant to sell our meat in that province. As a meat processing plant, we gained access to a vast territory, about 12% of Canada’s population lives in and around Montreal, Laval, Gatineau, Ottawa and Eastern Ontario and Western Quebec. As a Canadian Food Inspection Agency (CFIA), Canadian food inspected meat plant, we sell to distributors, wholesalers, grocery stores, restaurants, and other industries.

Every year the three brothers invested in the meat processing aspect of the business to grow. In 2005 Aliments Desautels Foods Inc. became an HACCP Accredited processing meat plant, listed with the Government of Canada’s Canadian Food Inspection Agency. A real game changer.

In the years since their family focused on expanding not only the territory but the product mix too. Aliments Desautels Foods Inc. now offers more than 1000 products in the food distribution business. They carry most items you would find elsewhere, like a variety of cheeses, frozen foods, a full selection of Deli meats, just to name a few. Under their brand name Glengarry Tradition, Desautels Foods sell over 250 items in their line of meat products and specialty cuts.

Our challenge, to open new markets and attract new clients to Aliment Desautels Foods by:

Through a journalistic style of writing, we sat down with each of the business owners and through a series of questions and answers recorded their perspective views on the business. Where they stand now and where they see the market in a few years. After we reviewed the recordings, we started writing the promotional text for the site. At each interval, the manuscript was submitted for review to determine if we were on the right track.

An assignments success is the culmination of a team effort, the ability of Evolving Media and the client to work together.

A selection of images from Desautels Foods. 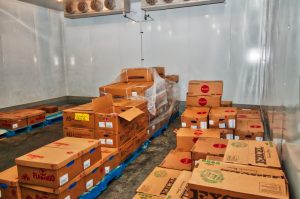 A selection of Images from Desautels Farms

Nothing means business more than the one-two punch of a well-designed marketing presentation folder when approaching a potential client for the first time. Business owners and Purchasing managers usually do not have the time to sit down with you on the first contact. Handing a folder to a likely prospect to highlight your product or service speaks volumes.

GIVE US A TRY!

Let’s talk. Call 613.482.1159 or send an email. Ask questions to determine the type of marketing and web hosting services that meets your needs.

IT’S ABOUT CONTENT At Evolving Media, we focus on client/team collaboration, offering a range of creative business services to enhance

Thank you for visiting Evolving Media & Design Inc., if you have a moment, we would like to know what you thought of our marketing portal and where we can improve and serve you better. Please take a moment to answer a few questions.

Thank you for your time and your comments.

Celebrating almost a quarter of a century working with entrepreneurs, businesses, government and organizations of all sizes to promote your products and services.